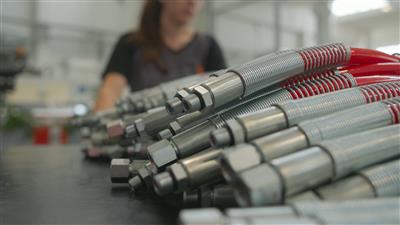 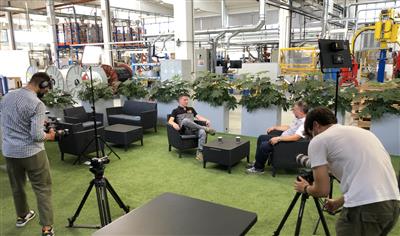 Transfer Oil behind the scenes - Moris and Luca

Transfer Oil production told by Moris and Luca who share their commitment and team spirit for a continuous growth. 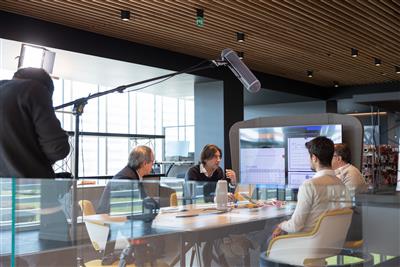 Through a casual conversation, the experts from Transfer Oil show us the features and the advantages of hydraulic dedicated hoses. 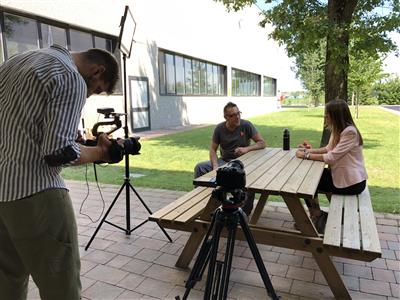 Transfer Oil behind the scenes - Chiara and Simone

In this video we take a coffee break with Chiara and Simone, who tell us about their experience of growth and change. 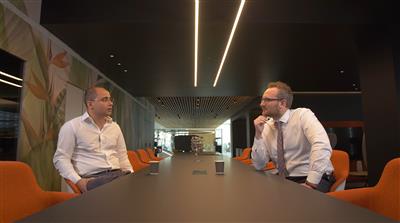 Pietro and Dario tell us about their experience in Transfer Oil. The idea behind these videoclips is to hear from the people themselves, their daily challenges, difficulties and satisfactions with which the life of every good organization is filled. 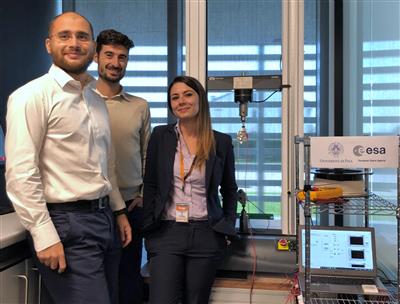 Cooperation with University of Pisa

DISCOVER
Technical updates Corporate Literature Events and Exhibitions People Products QHSE - R&D
Instagram Email Credits
Colorno, Italy – November 10, 2021 - Activities in space are constantly growing and research institutions are increasingly involved in studies to improve the efficiency of systems installed on satellites. More specifically, these are equipped with antennas and/or solar panels which are constantly exposed to a continuously increasing amount of space debris. Therefore, a new area of research is the controlled deployment of these systems to reduce the possibility of impact by space debris. The optimal solution is passive deployment systems, without the use of mechanical cylinders or pumps, for increased reliability and reduced weight.
The project managed by Prof. Sauro Filippeschi, Associate Professor at the Department of Energy, Systems, Territory and Construction Engineering (D.E.S.Te.C.) of the University of Pisa and funded by the European Space Agency (ESA), focuses on this area. The project involves a passive deployment system that exploits the shape memory effect of a Nickel-Titanium (SMA) wire, which can “change shape” as a result of a temperature increase and/or variation of other parameters (mechanical stress, magnetic field…).

The SMA wire and a spring are connected to a fixed plate and a moving plate. Once the heat load has been applied to the fixed plate, the SMA wire shortens due to the shape memory effect, overcoming the resistance of the spring and activating the moving plate. When heat is no longer supplied, the moving plate returns to its initial position due to the elasticity of the spring.
The aim of the project is to create a device that will, on the one hand, dissipate the heat produced by the satellite and, on the other, use this heat to deploy a panel. Collaboration between Roberta Perna, PhD student at the University of Pisa, and Transfer Oil has resulted in a step towards understanding the shape memory effect of these materials subject to a non-uniform temperature.
As Roberta Perna pointed out: “Thanks to the state-of-the-art technologies and equipment of the R&D department, made available by Transfer Oil, it has been possible to carry out high-precision tests to measure the variation of the length of the wire following the application of heat. The tests, which lasted several days, focused on applying heat to the wire using two strategies. In the first one, the wire is heated by the Joule heating effect, with uniform temperature, and in the second case, it is heated by conduction; therefore only one end of the wire is subjected to a heat source. For this second strategy, it was also necessary to insulate the wire using rock wool and insulating foam, in order to reach higher temperatures over the whole length and therefore with a greater portion of the wire subject to the shape memory effect. Measuring the variation in length under the conditions just described allows us to conduct thermo-mechanical characterisation of the wire under a condition of non-uniform temperature.”
The support given by Transfer Oil has laid the foundations for a closer ongoing collaboration with the University of Pisa and the ESA, an example of the synergy between companies and institutions operating in the field of advanced technology and the world of research.
Share
ABSTRACT